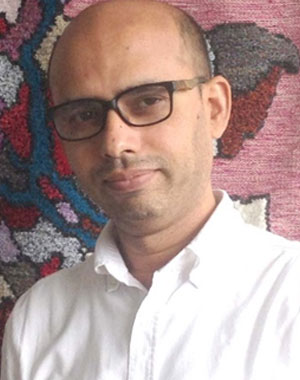 Dr. Asadulghani is the current is a Head of Biosafety and BSL3 Laboratory & Head of Laboratories Operations Management at the international Centre for Diarrhoeal Disease Research, Bangladesh (icddr,b).

He is a Biosafety and Biosecurity is trainer in the Asia-Pacific region to biosafety professionals, researchers, and laboratory workers. He received his MSc in Biochemistry and Molecular Biology from the University of Dhaka in 1991. He then worked at the icddrb and contributed substantially in the demonstration of a novel mechanism of how pathogenic Vibrio cholerae strains originate from non-pathogenic strains. In 2001, he received his MPhil in the field of Molecular Genetics from the University of Dhaka. From 2001-2004, he analyzed posttranscriptional regulation of HSP genes and discovered the role of light in the modulation of HSP genes’ expression during his PhD in Saitama University, Japan. Completing his postdoctoral research at the University of Miyazaki, Japan, Dr. Asadulghani started to work as Assistant Professor in the Department of Infectious Disease (from 2004-2009), while he demonstrated the novel mechanism of disseminating virulence genes by defective prophages. His career as a Biosafety Professional started in September of 2009 and he initiated the Nationwide Biosafety & Biosecurity Program for Bangladesh. Under his leadership, the Bangladesh Biosafety & Biosecurity Association (BBBA) was formed in November 2011. He was an EXCO Member of the Asia-Pacific Biosafety Association from 2016-2017. He is the current President of BBBA and life Member of a few other professional organizations. Dr. Asadulghani is also the EXCO member and Head of Education Section of Global Network of Bangladeshi Biotechnologists.