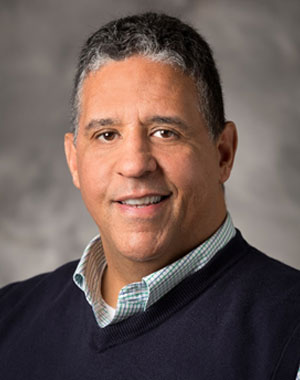 Ben Fontes is currently the Biosafety Officer of Yale University in New Haven, CT, USA. He has been a member of the IFBA Board since IFBA incorporated in 2013, including a term as board chair.  He previously served on the executive council of the American Biological Safety Association (ABSA), now ABSA International, where he was the 2010 President.

Ben was awarded the ABSA John H. Richardson Award in 2002 for his efforts in expanding the training programs offered by the organization, and received the Arnold G. Wedum Award, the organization’s highest honor, in 2015, for his contributions to the profession.  Ben was selected as a biorisk management twin by Sandia National Laboratories to assist new biosafety professionals in the Middle East and North Africa region address pressing biosafety issues for their institutions and countries.  He has worked on biorisk management projects with colleagues in Yemen, Iraq, Morocco and Egypt.  Projects have ranged from the establishment of a laboratory biohazard emergency response plan, a laboratory biosecurity audit and written biosecurity plan, the creation of a training program for new researchers in over 100 national laboratories, and the development of a modular laboratory safety and emergency response plan for one ministry of health lab that has been targeted for use for all labs within the ministry.  He also participated in a joint Yale-IFBA-AfBSA-NiBSA biosafety and infection control training program for Nigerian healthcare workers on the front lines of response for Ebola and other infectious diseases.  This event was also the first joint exercise between the Nigerian Biosafety Association and the Nigerian Infection Control Association.